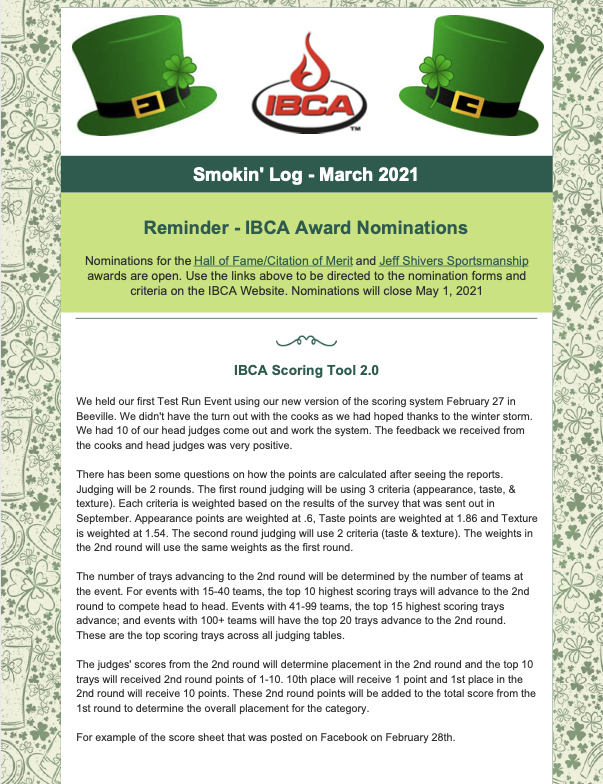 We held our first Test Run Event using our new version of the scoring system February 27 in Beeville. We didn’t have the turn out with the cooks as we had hoped thanks to the winter storm. We had 10 of our head judges come out and work the system. The feedback we received from the cooks and head judges was very positive.